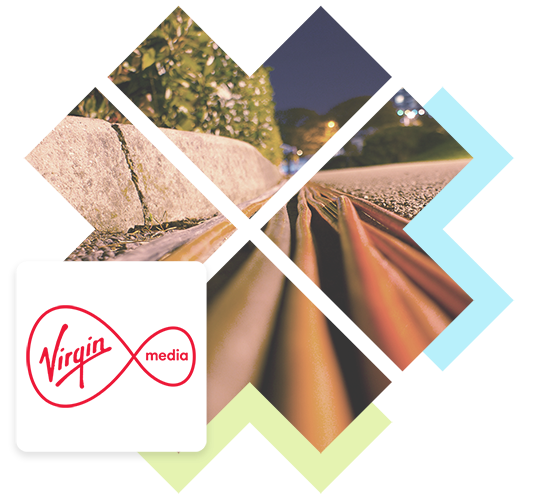 Virgin Media is part of Liberty Global Plc, the world’s largest cable company serving 124 million customers across 14 countries. As part of its growth strategy, Virgin Media provides high speed broadband and fibre infrastructure to new residential and business development sites. These projects are extremely complex; each potential site has varying requirements regarding size and complexity and requires detailed planning, civil engineering and cabling gangs which all need to be costed and scheduled.

Depending on the numbers of homes or business units being built, and the distances to the nearest networks and hubs, the projects can use tens of thousands of meters of cabling, often needing to be laid under existing roads and paths that adjoin the site. Traffic sensitive areas require liaison with local councils and highways agencies to apply for permits in advance to come and dig on public roads. If the scheduling of these activities is not accurate then councils may impose fines. The costs and timescales for these projects differs significantly based on the post code, availability of contractors, numbers of cabling gangs and the available technology options in the area.

Virgin Media had developed sophisticated prototype software in spreadsheets to capture cable laying project details and produce detailed breakdowns of cabling and equipment inventory, costs, resources and timescales for each project phase. This software contained valuable IP and extensive reference data that needed to be secured and controlled, and then made available to large numbers of staff nationally via a web-based portal. Once in use, the calculations and rates used would need to be refined from time to time, and in the longer term the software would need to feed into other systems to link up forecasting, planning and operations.

Typically, for many organisations, this would be a challenging bespoke software development project that would need a lengthy requirements analysis phase, new infrastructure and vendor SLA’s to maintain and adapt the software as the estimation processes evolved.

The PhixFlow platform had been used on many successful projects at Virgin Media to quickly create new workflows with configured screens and data processing all integrated with the existing IT infrastructure. Based on this, we were asked to provide screen mock-ups showing how the planning spreadsheets would look on the PhixFlow platform. Once these were agreed, a PhixFlow consultant was able to deliver the core requirements in a matter of days. The complex formulae and scripts which drove the logic in the spreadsheets were rationalised and re-modelled as tables of data-driven rules within the PhixFlow model design screens.

During the initialisation stage, large volumes of supplier data were imported from the original spreadsheets e.g. hourly rates and project timescale data. Different user roles were then configured to enable assigned staff to maintain the data-driven rules, rates and formulae, another group to load supplier data and many others to use software as end users.

This early prototype was demonstrated in an interactive web conference during which the users were able to confirm that the new build planning tool was available via a browser and that it not only looked very similar to the original spreadsheet tools, but also produced identical figures and projected correct delivery dates for both small and very large projects. The success of the prototype convinced Virgin Media to invest in a few more weeks to implement all the features needed for full roll-out. The models and screen were extended to provide a complete toolkit so that users could interrogate the underlying calculations and if needed, override certain aspects where specific characteristics were known about a development site. A second calculator was added to capture requirements and make forecasts for much smaller projects, where more detailed information could be entered directly and less assumptions needed to be made by the model. Finally audit features were configured so that estimates could be modifed with all changes tracked. 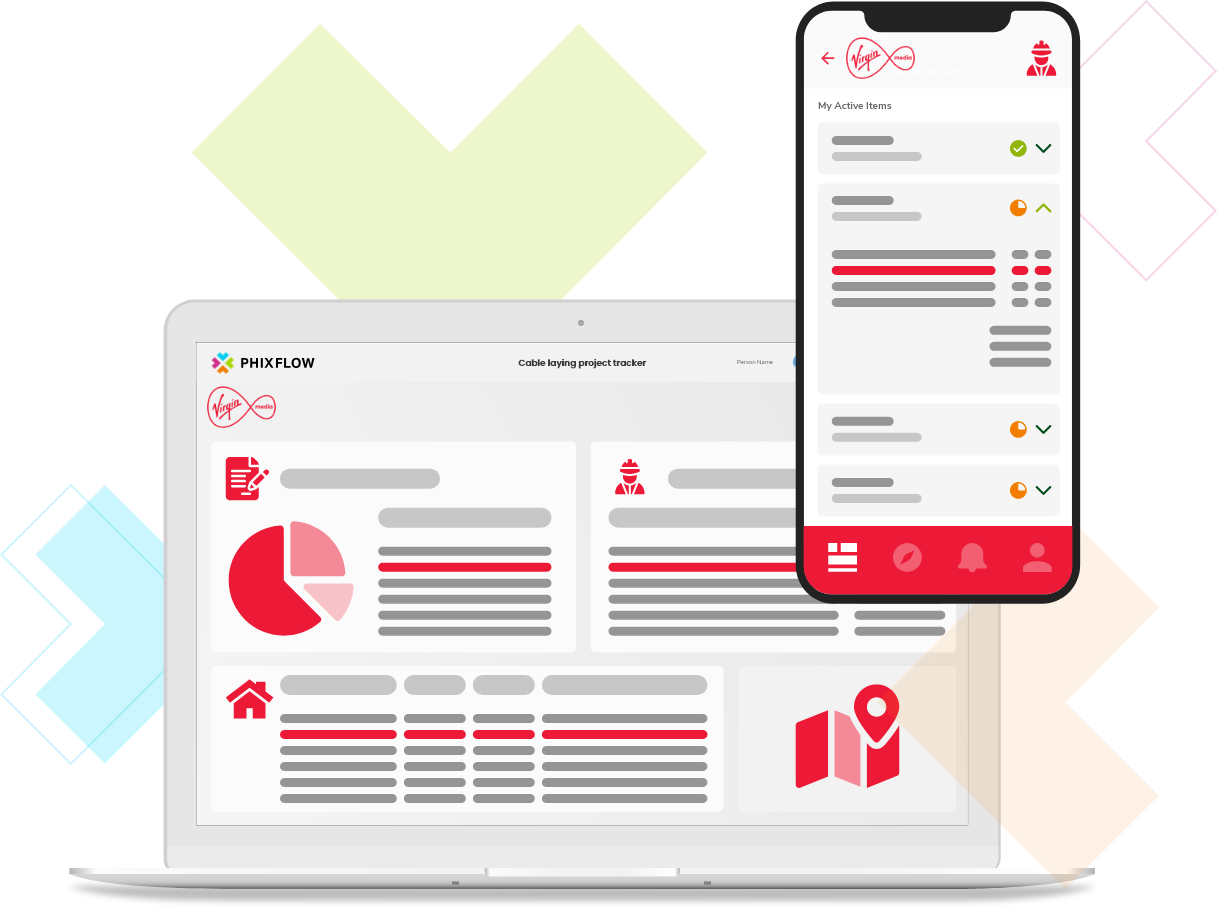 Virgin Media staff and the PhixFlow consultant worked closely together to ensure that the system met both the business and end-user requirements. By providing a working, end-to-end prototype very quickly, Virgin Media staff were able to confirm that the PhixFlow consultant understood the scope and logic required but also enabled quick feedback and turnaround on new features, logic and screen layouts so that the toolkit evolved towards exactly the functionality required.

From start to finish the PhixFlow consultant worked a total of six weeks on design, configuration and testing. Because the users were engaged throughout the process, acceptance testing was completed in just one week enabling the solution to go live successfully.

PhixFlow replaced and automated a manual process to transfer contract information from Centrica’s offer managment system through to their billing system. The configured application provided an ongoing 80% reduction in billing errors and a 40% FTE saving.

Tesco Direct wanted to give customers requesting order returns and replacements the best possible service. We provided care agents with a data-driven decision support application showing a consolidated view of the status of every customer order.

VIVA Bahrain (now Saudi Telecom) were in the process of migrating their prepay Service Control Platform (SCP) to a new Huawei Central Payment System (CPS) and needed to independently verify that the migration was correct.

Request a demo
Discover PhixFlow
We use cookies for tracking purposes and to enhance your experience. By continuing to visit this site you agree to our use of cookies.OkCookie Policy